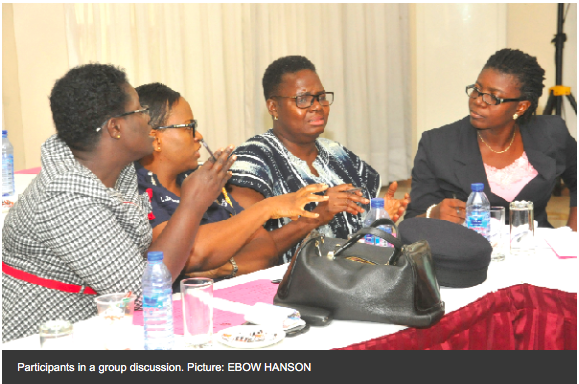 A research into domestic violence in Accra has shown that women who are victims of domestic violence are forced to pay for medical treatment and reports in contravention of the Domestic Violence Act, which provides that such medical services should be free.

Besides, officers of the Domestic Violence and Victims Support Unit (DOVVSU) of the Ghana Police Service are said to demand money from the victims before taking up their cases.

Consequently, the research, conducted at Madina and Weija in Accra, said the medical bills and DOVVSU charges discouraged female victims of domestic violence from reporting their abuses to authorities and compelled them to suffer in silence.

The report, therefore, urged authorities to intervene for the implementation of the Domestic Violence Act by ensuring that victims of domestic violence were provided legal and medical services free of charge.

The research into why few women apply for the protection and occupation orders was initiated by FIDA-Ghana and funded by the Open Society Initiative for West Africa (OSIWA) under the Sustained Actions on Violence Prevention Enhanced (SAVE) project.

The protection and occupation orders seek to provide protection for domestic violence victims.

Findings of the research were presented by the Programme Manager of FIDA-Ghana, Ms Noelle Appiah, at a policy dialogue forum on the Save project in Accra yesterday.

The report indicated that there was poor education on the issue of free medical services for victims of domestic violence and that most victims ended up parting with some amounts of money at the health posts.

"In instances where victims do not have the means of paying for medical services, they are forced to abandon medical help as they do not have the knowledge of the existence of a victims support fund. One hundred per cent of the respondents indicated that they had to pay for the hospital bills and even for the medical report. According to some of the respondents, they had to spend between GH¢100 and more," it said.

The report stated that the issue of money sitting dormant in the Domestic Violence Support Fund was unacceptable.

It said 80 per cent and 90 per cent of the respondents from Weija and Madina did not know where to apply for protective and occupation orders.

The report recommended that health officials should be educated on the relevant provisions of Act 732, especially on the provision on free medical care for survivors of domestic abuse.

It again asked the Minister of Health to establish shelters and separate units for the treatment of domestic violence sufferers in health facilities.

The report urged the National Health Insurance Authority (NHIA) to collaborate with some hospitals to facilitate access to free medical care for victims of domestic violence.

Alternatively, it said designated representatives of the support fund should be attached to the offices of DOVVSU, which is normally the first port of call for most survivors of such abuses.

It added that money should then be given to victims directly through the fund to enable them to visit hospitals.

The report also called for the amendment of Act 732 for the management board of the fund to operate as an independent entity to be able to source funding from donor agencies and other sources.

It recommended that police prosecutors be assigned to be solely responsible for the handling of cases of domestic abuses.

The report called for the establishment of one shelter facility in each of the 10 regions to provide refuge and counselling for domestic violence victims.

It again advocated the setting up of specialised courts to deal with domestic violence and other gender-based cases.

An Executive Member of the Board of FIDA-Ghana, Mrs Irene Aborchie Nyahe, expressed worry that challenges in accessing free medical health served as a barrier to accessing justice.

She, therefore, called for a concerted effort among the government and civil society organisations to ensure the implementation of the Domestic Violence Act to dispense justice to victims of domestic violence without any charges.

The Executive Secretary of the Victims Support Fund Secretariat, Ms Malonin Asibi, said allocation to the fund was inadequate to cater for all victims of domestic violence.

She noted that with the inauguration of the Board of the Victims Support Fund, the secretariat expected more funding from the government to support victims.

A medical doctor, Dr Augustina Donkor, explained that victims of domestic violence were made to pay for the cost of the items that were used in stitching their wounds.

She said part of the money was also reserved to serve as transportation cost for doctors who would follow up the cases in court.